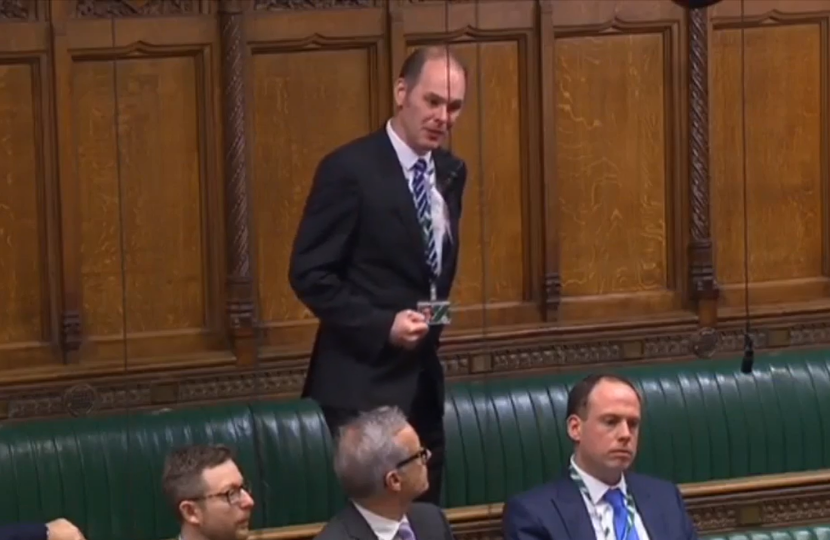 The need for rail connectivity and the completion of the long-delayed Atherleigh Way bypass is something nobody in our community can ignore. Since the 1960s, Leigh has slowly seen cuts to our area's connection to our neighbouring town's and cities and with the unavoidable switch to car ownership in the past decades this has led to severe over-congestion. Our constituency lies between both the Manchester-Liverpool and Wigan-Warrington lines, I am fighting to take advantage of the availability for better connections to the world around us and in turn create greener commuting in our area to benefit everyone.

Over the past year and a half, James has been fully committed to the restoration of rail across Leigh, launching proposals for the rebuilding and opening of the formerly decommissioned stations at Golborne and Kenyon Junction under the Restoring Your Railway Ideas Fund. Accompanying this, James' Transport Survey was launched in 2020 for residents to voice their opinions on Leigh's need for better transport connectivity. In ongoing efforts to complete the bypass, James has met with the local council representatives from Wigan and Bolton to discuss both the completion of the northern end of the Atherleigh Way and the need to extend it Southward, to where the proposed Kenyon Way Junction rail connection would be.

For further information on what James is doing to fight to restore our railways and complete the Atherleigh Way bypass, you can see some news articles below.

Today, Leigh MP James Grundy has launched his “Say NO to the HS2 Golborne Spur” petition, and is calling upon local people to join his fight against the controversial railway project.

Military veterans across Leigh will soon benefit from cut-price rail travel, thanks to a new Government initiative.

THE NEXT STAGE OF CONSULTATION HAS BEGUN ON HS2 GOLBORNE SPUR

The next stage of public consultation has begun on the controversial Golborne Spur of HS2.