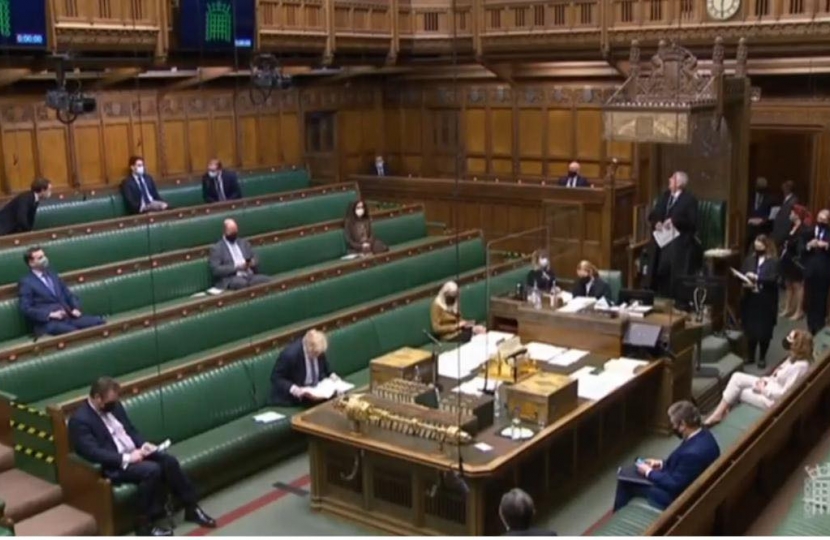 Earlier this year, it was announced that £15million had been allocated to progress the plans to reopen Golborne railway station as a part of the Government’s Transforming Cities Fund. This funding will see a total of £69.5million provided to the Greater Manchester Combined Authority (GMCA) to be spent on improving public transport infrastructure.

Since becoming Leigh’s MP, James Grundy has often championed the need for Golborne station to be reopened both to representatives in Parliament and to local authorities, as well as for Kenyon Junction (home of the first railway junction) to also be reopened, to help provide his constituents with a much needed connection to the national rail network. During this time, Mr Grundy has submitted two bids to the Restoring your Railways Fund to ensure that the proposals were raised on the Government’s agenda.

“First of all, may I thank the Prime Minister for his commitment to levelling up the north, the benefits of which we are already beginning to see with a £15 million allocation from the Government’s Transforming Cities Fund enabling the plans to reopen Golborne Station in my constituency of Leigh to progress.

“Would the Prime Minister not only welcome this progress, but also back my campaign to reopen Kenyon Junction railway station, which will help unlock the potential of Leigh, provide my constituents with a vital rail connection between Liverpool and Manchester, and ensure that Leigh is no longer one of the largest towns in the UK without a railway station?”

In response to Mr Grundy’s question, the Prime Minister said:

“I’m delighted to have gained the Prime Minister’s backing in my fight to reopen Kenyon Junction, which, if it goes ahead, will have a transformative effect for the Leigh constituency and Leigh residents.

“I also wanted to take the opportunity to thank the Prime Minister for his commitment to the levelling up agenda, with millions being allocated to our constituency to progress the reopening of Golborne station, thanks to the Government’s Transforming Cities Fund.

“Leigh’s transport infrastructure has been left behind for too long, and one of my commitments to local residents during the General Election was to ensure that we “Fix Our Town”, and a national rail connection will play a vital part in achieving this. I am pleased that I am able to start delivering on this promise, and that after years of neglect, we are finally seeing progress being made on these exciting plans.”