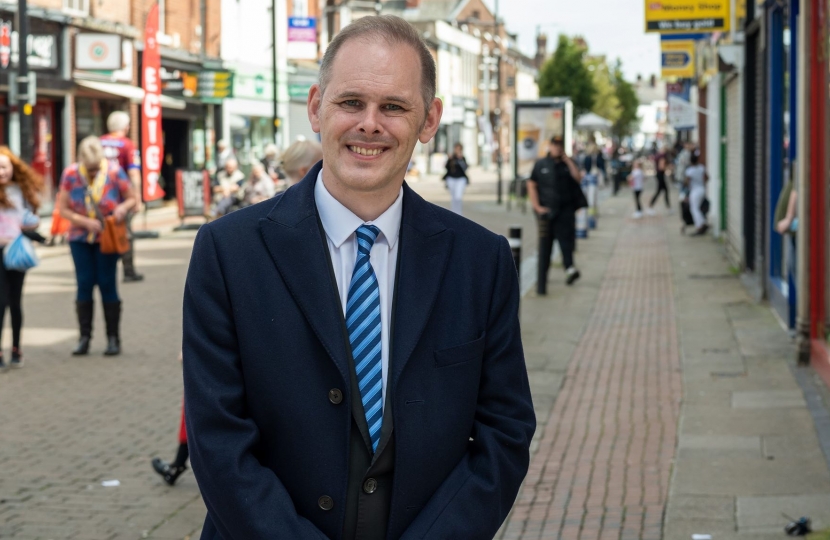 Following James Grundy MP’s campaign to get the Wigan Borough removed from the Greater Manchester wide COVID-19 measures, the Secretary of State for Health has today announced that the local lockdown rules will no longer apply to the Borough of Wigan. The time of the lifting of these measures will be announced later today.

Since the local lockdown began three weeks ago, James Grundy MP has repeatedly called for the Wigan Borough, which includes his constituency of Leigh, to be removed from what the MP has branded a “one size fits all” approach to local lockdown.

Conservative MPs across Greater Manchester, headed by Mr Grundy, have not only called for Wigan Borough’s removal from the measures, but have also championed the case for a borough by borough, if not town by town, approach to local Coronavirus spikes. Mr Grundy has also liaised directly with the Secretary of State for Health, Matt Hancock MP, and officials at the Department for Health over previous weeks, making the case for these changes to be made.

However, as a result of the calls made by Mr Grundy, the Borough of Wigan, including the Leigh constituency, will be removed from the enhanced local lockdown measures.

The measures that apply to the rest of the country will now also apply to Wigan, which will include households in Wigan now being able to meet indoors both in their homes and gardens, and businesses that have since been allowed to reopen in other parts of the country, such as face to face beauty appointments, soft play centres, bowling alleys etc. are also now allowed to reopen in the Borough of Wigan.

In addition, a new process for initiating local lockdowns will be introduced, with lockdowns now taking place at a ward by ward level, as opposed to a borough by borough basis, something that local Conservative MP’s have been campaigning for. This will ensure as little disruption as possible is caused for families and businesses in areas surrounding those with spikes of infections, and that the measures are now considerably more tailored.

The decision on which wards will see increased measures will be made by local Councils, consulting with local MP’s, with the final decision being made by the Secretary of State for Health.

Speaking about the decision to remove Wigan Borough from the Greater Manchester wide measures, the Leigh MP said:

“I’d like to thank the Secretary of State for Health, Matt Hancock, for the changes he has announced today, as well as the support shown to me by my constituents, who have supported my calls for these changes to be made.

“The Secretary of State and his Department have worked constructively with myself and my Conservative colleagues across Greater Manchester over the last three weeks and has implemented all of the measures that we asked for in our initial joint letter to him at the beginning of the Greater Manchester wide lockdown.

“We were condemned by the Mayor of Greater Manchester, Andy Burnham, for the stance my Conservative colleagues and I took, but I now feel that we have been totally vindicated.

“Despite the welcome decision that was made today, I would like to ask that local residents remain vigilant and abide by all the measures that remain in force nationally.”