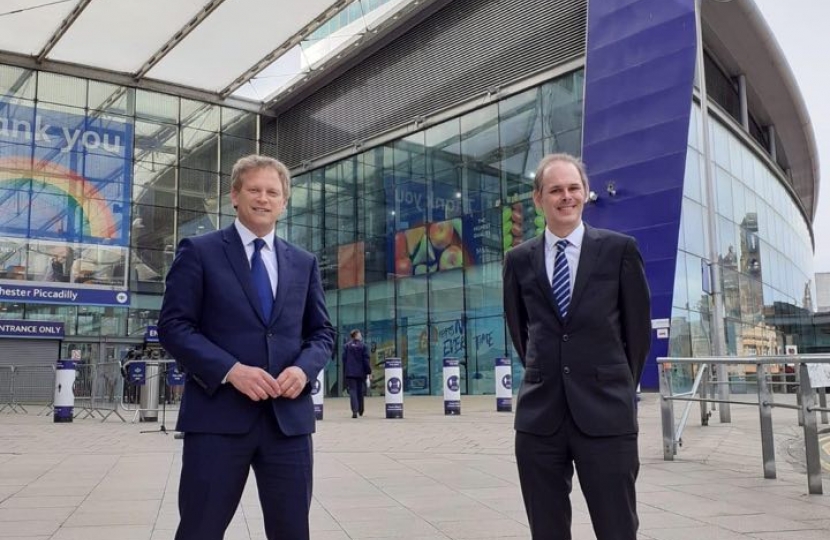 As a part of the £589 million investment in the North’s rail infrastructure, £10 million will be spent on work to unblock the Manchester ‘Bottleneck’. Mr Grundy believes that as a result of these improvements, the busy Liverpool to Manchester line will become unblocked and will be able to accommodate increased and quicker services, a key hurdle that could have previously prevented the plans to reopen Kenyon Junction from going ahead.

Another exciting announcement made on the Transport Secretary’s visit to Manchester Piccadilly, was the creation a new body led by Grant Shapps as Northern Powerhouse Minister, which will give Northern leaders a ‘direct line’ to ministers to accelerate transport projects. The transport council’s work will be supported by DfT staff based in northern cities.

“One of the key hurdles to the reopening of Kenyon Junction is capacity on the Manchester to Liverpool line, but I believe that the work to unblock the ‘Manchester Bottleneck’ starting this year, will help solve this problem.

“It was also a pleasure to discuss my plans to get both Kenyon Junction and Golborne stations reopened with the Transport Minister on his visit to the North, and the creation of a new Council will provide even more opportunity for me to continue my fight to get Leigh reconnected to the national rail network.”

“People across the North rightly expect action, progress and ambition, and this government is determined to accelerate improvements as we invest billions to level up the region’s infrastructure.

“We are determined to build back better at pace, and this new council will allow us to engage collectively and directly with elected northern leaders to build the vital projects the region is crying out for.”