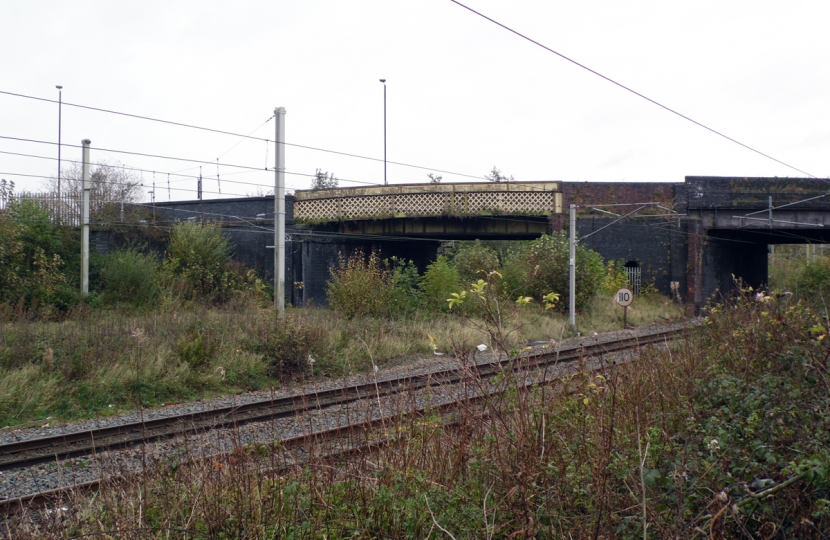 The £500million Restoring your Railway Fund has been developed by the Government to help level-up rail infrastructure across the country. If Mr Grundy’s bids are successful, funds will be awarded by the Department for Transport for further business and economic studies into the viability of the proposals to reopen Kenyon Junction and Golborne stations.

Mr Grundy has also discussed these proposals with the Government’s Rail Minister, Chris Heaton-Harris, as well as urging the Chancellor to consider the reopening of these two local stations during his Maiden Speech earlier this year.

Speaking about his Restoring your Railway Fund bids, Mr Grundy said: “This is a really exciting development – local campaigns for the reopening of both Kenyon Junction and Golborne have been fought for a number of years, so I’m pleased in my position as MP to be putting forward two bids for these schemes to progress.

“If these proposals are successful, funding will be allocated to further develop a business case for the reopening of these two local railway stations, that were closed following the Beeching report of the 1960s.

“For too long Wigan Council has pushed forward increased housebuilding, with no plans to improve the local transport infrastructure. As a result, local roads heave become heavily congested and bus routes often take too long to be a viable alternative, making it very hard for my constituents to travel to neighbouring towns and cities without facing considerable journey times.

“I believe reopening both Kenyon Junction and Golborne station will provide much-needed links to the rail network for my constituents, as well as reduce many of the local traffic and pollution problems we face. In addition, connecting Leigh back up to the rail network will also help create local jobs, make Leigh an easier town to get to and in turn, help boost the local economy.”

The two bids will now be assessed by an independent panel and outcomes from the bid process are expected to be announced in Autumn.