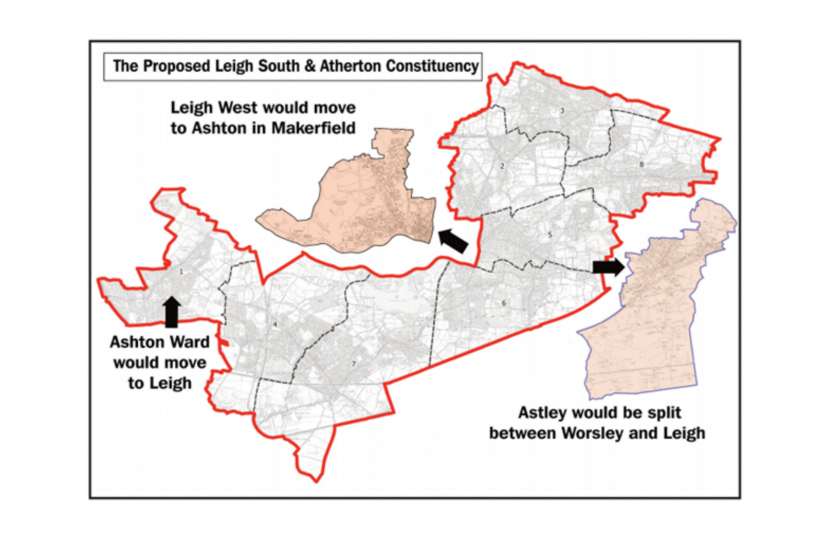 “I am delighted at the support this campaign has already generated from voters of all parties to keep our town united.

“The public has been as appalled as I was to see the new boundaries proposed, with Astley and Gin Pit Village split in half between Worsley and Leigh, and large parts of Leigh town centre and Westleigh transferred to a Wigan based constituency in exchange for Ashton.

“We hope local residents will join us on Monday, where we will provide objection letters that people can sign to oppose these plans.

“I believe the whole community will come together to help 'Keep Leigh in Leigh' and ask the Commission to think again about their plan to split our community apart, just like the last time this was proposed'.”

Did you know that Leigh Town Hall, Leigh Library, Parsonage Retail Park, Westleigh High School, Lancashire Mining Museum and other areas, could soon be removed from the Leigh constituency?